What is a wireless router

24
Sep
Wi-Fi or wireless fidelity is ingrained into our everyday lives. Let us take you on a journey of what it means, how does it work. Did you know that wireless fidelity has gone through several generations since its inception in 1999? In this post, we will look at what WiFi is all about, how it works, the many types of WiFi, the several generations that have been released. 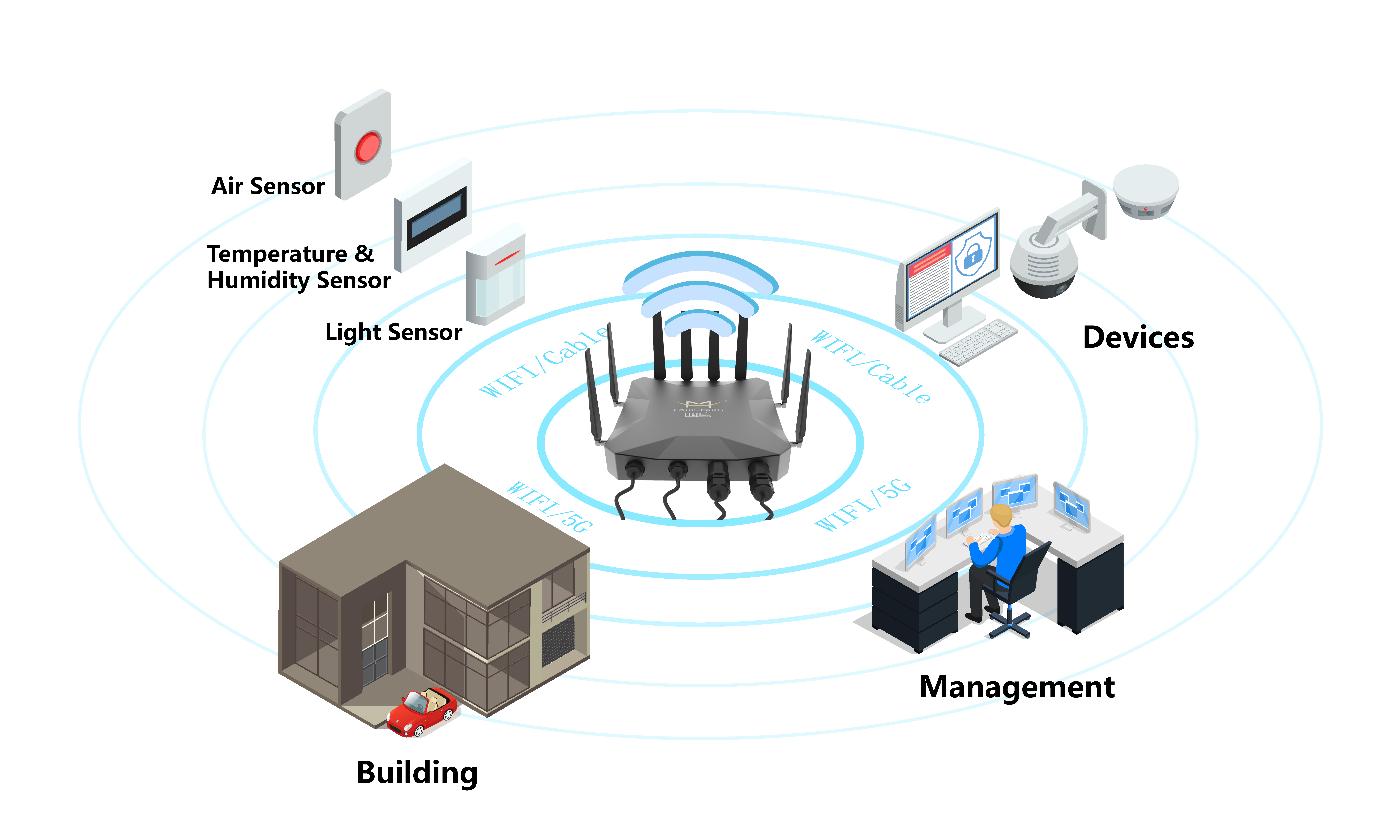 1. What is WiFi?
WiFi is a colloquial term denoting wireless fidelity, not an abbreviation. It is a wireless local area network technology that uses radio waves to access or connect to a network. This may be used on a variety of devices such as computers, smartphones, televisions, video game consoles, and so on. Simply speaking, it provides a standard way to connect with wireless networking. The WiFi network is based on 802.11 standards developed by IEEE. It is trademarked by the Wi-fi alliance and used as a brand name for products using IEEE 802.11 WiFi standards.
2. How does WiFi work?
Have you ever wondered how wireless gadgets communicate with one another? The simple answer is to use WiFi technology. Signals are transmitted to various devices via radio waves. The receiving device must be configured to receive waves of a specific frequency. The WiFi frequency range is 2.4Ghz and 5Ghz. This is a higher frequency than those used for walkie-talkies, mobile phones, TVs. This higher WiFi frequency range allows signals to carry more data.
3. Let us explain the process of how WiFi really works:
A chord, usually a fiber cable or analog line. This connects an internet source, like a broadband mode.
The wireless router is the medium that receives the internet connection via a wide area network (WAN) port.
The wireless router gives off wireless signals via radio waves to a card or an adapter in a computer, phone, or other devices to establish two-way communication.
4. Types of Wi-Fi Deployments
Typically, there are three types of wireless networking systems deployed. It is important to understand the suitability of each WiFi network for effective deployment:
Centralized Deployment – When there is a cluster of buildings and networks that are close to each other, a wireless network system is deployed centralized. Because the controllers are situated in a central area, this configuration consolidates wireless networks. Centralized deployment is commonly used on campuses because it is easier to upgrade and enable enhanced wireless functionality from a single location.
Converged Deployment – Using an access switch, this sort of deployment combines wired and wireless networks into a single device. The access switch serves as both a switch and a wireless controller, ensuring that users’ wired and wireless connections are consistent. This type of network system is typically used by businesses with branch offices.
Cloud-based Deployment – The cloud is used to manage network devices in this deployment. Dashboards are used to manage devices in various places. Due to the utilization of cloud services, all devices are visible to anybody with access to the dashboard.
Wi-Fi has expanded its reach to clients in all categories with extensible services and the most recent business models. This extraordinary increase in data consumption has yielded proven results, demonstrating a strong ability to provide continuous connectivity and a seamless experience, everywhere and at any time.