04
Mar
Fieldbus is a digital, bidirectional, multi-branch communication network used in production sites to connect intelligent field equipment and automatic measurement and control systems. So what is the specific industrial Ethernet bus, what are the advantages of industrial Ethernet bus? This article will give you a simple introduction. 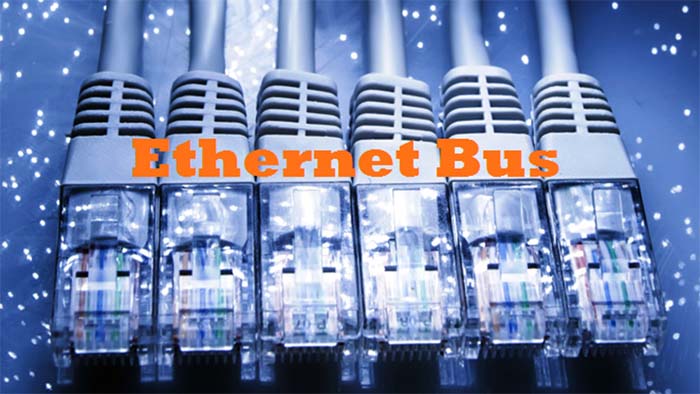 3. What are the Industrial Ethernet Protocols
Industrial Ethernet is the extension of the application of standard Ethernet in the industrial field, and with the advancement and implementation of intelligent equipment, enterprises have a very urgent application demand to build a unified industrial communication network.
(1) MODBUS TCP/IP
Schneider Electric's strategy is to develop collaborative automation solutions based on industrial Ethernet. MODBUS systems can be easily upgraded to MODBUS TCP/IP. Users do not need to reinvest in the original system. It is easy to update or upgrade from an existing MODBUS system to MODBUS TCP/IP using MODBUS serial connections. If you are using another network, you can also apply the corresponding gateway to integrate or upgrade it to an Ethernet system.
(2) Ethernet/IP
Ethernet/IP is an industrial application layer protocol for industrial automation applications. It is an Ethernet industrial protocol created by Rockwell Automation Company which mainly promotes ControlNet Fieldbus for Ethernet to enter the field of automation. It is based on standard UDP/IP and TCP/IP protocols, using fixed Ethernet hardware and software, defines an application layer protocol for configuring and controlling industrial automation equipment.
(3) Ethernet POWERLINK
Ethernet POWERLINK is a real-time data transmission technology based on standard Ethernet media in industrial control and data acquisition. Ethernet POWERLINK has Ethernet's high-speed interface and CANopen's industrial SDO and PDO data definition. In a sense, POWERLINK is the CANopen of Ethernet. The physical layer and data link layer use Ethernet medium, while the application layer retains the original structure of SDO and PDO object dictionary.
(4) PROFInet
PROFINET is a new generation automation bus standard based on industrial Ethernet technology. PROFINET covers current hot topics in automation such as real-time Ethernet, motion control, distributed automation, fail-safe, and network stability, and is fully compatible with industrial Ethernet and existing Fieldbus technologies such as PROFIBUS as a cross-vendor technology.
(5) SERCOSIII
Sercos (Serial Real Time Communication System) has been applied to factory automation (suitable for mechanical engineering and construction) is popular for 25 years. SercosIII provides an efficient and deterministic communication protocol that blends real-time data exchange over the Sercos interface with Ethernet.  SercosIII is a combination of Sercos 'mature communication mechanism and industrial Ethernet. It has the real-time characteristics of Sercos and the characteristics of Ethernet.
(6)EtherCAT
EtherCAT sets a new standard for real-time performance and topology flexibility while meeting or even reducing the cost of Fieldbus use. EtherCAT also features high precision device synchronization, optional cable redundancy, and functional Stabilization protocol (SIL3).

next page:How to Set Up M2M Wireless Cellular Router