What is the Difference Between Low-end and High-end Routers? Factors Affecting Router Performance

13
Jul
"Low-end routers and high-end routers are used in the same way, why is the price so far apart?" In fact, this question is very good, and many friends who are not familiar with product technology will basically have similar questions - "Why the same Function, this router is so expensive, and the other one is so cheap”, “The main parameters of these two routers are the same, why are the performances so different?” For these questions, we must start from the basic principles of routers. 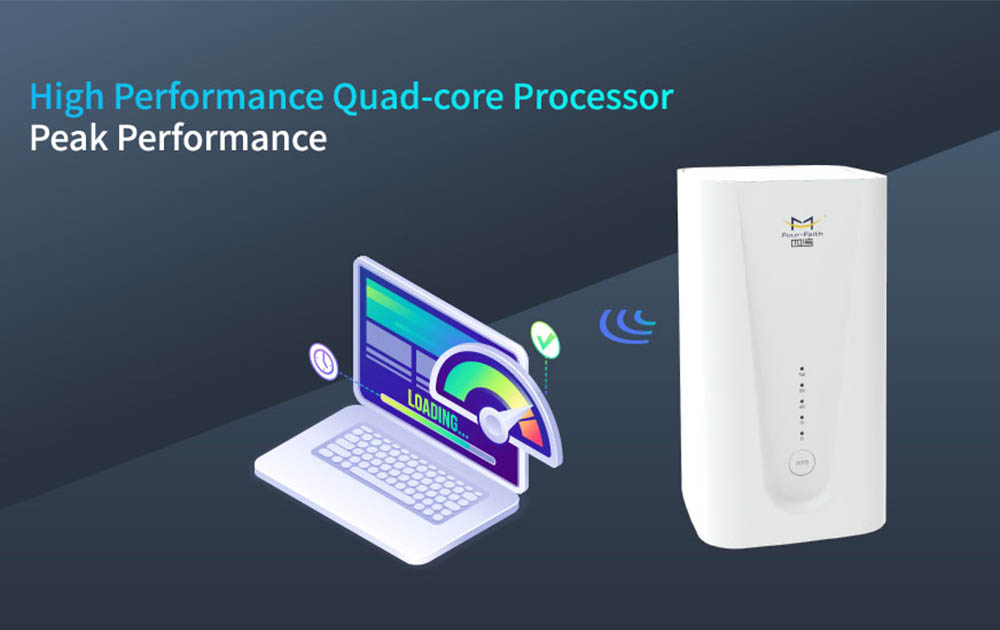 1. The difference between low-end and high-end routers
Segmenting the network can solve these problems, but at the same time you have to provide a mechanism so that computers on different network segments can communicate with each other, which leads to the routers:
The router works at the network layer of the IP protocol and is used to forward data between subnets. Routers generally have multiple network interfaces, including local network interfaces and wide-area network interfaces. Each network interface is connected to a different network, and the router records the network information connected to each network port. At the same time, the router also saves a routing table, which records the port numbers that should be sent to different network addresses. In the various information services used by Internet users, the information communicated can ultimately be attributed to the information transmission in units of IP packets. In addition to the data information to be transmitted, the IP packets also contain the destination IP address, The source IP address of the information sent, and some related control information. When a router receives an IP data packet, it will look up the routing table according to the destination IP address item in the data packet, and send the IP data packet to the corresponding port according to the search result. After receiving the packet, the next IP router continues to forward it until it reaches the destination. Routers can exchange routing information through routing protocols to update routing tables.
2. Factors Affecting Router Performance
After the above introduction, maybe you still don't know much about the working of the router. It doesn't matter. This is not our purpose. We mainly explain to you that the working principle of the router determines that it must use the chip to complete some necessary judgments. and forwarding of data packets, and this work is done by a processor, and all kinds of data packets to be processed or processed are stored in the memory. Therefore, the operating frequency and memory capacity of the processor largely determine a performance of the router.
However, the performance of the router cannot be completely determined by the processor frequency and memory capacity. If the processor is used poorly, the router performance will not be good, but conversely, if the processor is good, the router performance may not be good; the processor frequency is only a performance indicator of the processor. , its bus width (16-bit or 32-bit), Cache capacity and structure, internal bus structure, single-CPU or multi-CPU distributed processing, operation mode and other indicators will affect the performance of the processor. Almost all routers use a communication professional RISC CPU, so "using a communication professional RISC CPU" is equivalent to saying nothing. The key depends on what core this CPU uses and what its internal structure is. The same is true for memory. The size of the memory does not determine everything. If the load is not large, then the effect of 4M memory and 8M memory may not be much different when used. Therefore, it is not scientific to absolutely judge the performance of the router according to the size of the memory. (Of course, the memory capacity is still good).
3. Indicators for determining router grades
Although it has been said above, the processor and memory largely determine the performance of the router, but they are not the indicators that determine the grade of a router, which is why these two parameters are often not marked in the main parameters of the product. , then what is generally used to measure the grade of a router? One way of saying it is the load capacity, which is also called the number of machines. However, the number of machines is not a standardized amount of data, it should be measured according to the actual usage. For example, in an Internet cafe, everyone is chatting and playing games online, and almost all data passes through the WAN port of the router, so the load is very heavy. ; But if it is an enterprise network, most people are busy designing, writing reports, and making plans. At the same time, only a small number of people are using the network, and most of the data flows within the enterprise network, so the router load is very heavy. Light, it can load more clients at the same time. If it means that the maximum load is 253, it is meaningless, because the maximum number of IP addresses that can be allocated by DHCP is 254, and the one used by the router itself is 253, which cannot be called an indicator. Therefore, we need to look at the actual load capacity of a router, not the theoretical load capacity.
Due to the many uncertainties and deceptive nature of load capacity, another metric that is also of great concern is throughput. Throughput refers to the amount of data that the router can process per second. This parameter refers to the throughput of LAN-to-WAN. The measurement results should be measured by Smartbits and Chariot when NAT is turned on and firewall is turned off. separately. When using the Smartbits method, compare the 64Byte packet test data, and make a judgment; the Chariot test is best performed under multiple connections. Generally, 100 pairs of connections can be selected to basically see the difference between the products.
4. Reasons Affecting Router Prices
After the above discussion, we can finally return to the question we want to answer: why is the price difference between different routers so big?
Main reason:
4.1 Different performance, routers with strong performance have built-in powerful processors and large-capacity memory, so the cost is relatively high.
4.2 Different applications, routers with strong performance can be used for networks with more load, while low-end routers cannot bear it.
4.3 The functions are different. Although the basic functions are the same, some routers also have built-in other more practical functions, such as professional firewall functions and VPN. Therefore, the technical requirements are higher, and the price will naturally increase accordingly.

next page:A Guide to the Difference Between Routers and Switches