The Differences Between Industrial Intelligent Gateway and Industrial Router 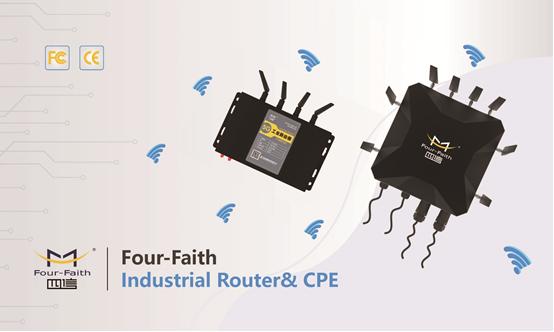 For example, the switch serves as the next IP address of the VLAN interface. This IP address is also the gateway, called the industrial gateway, which is mainly a single IP address.
Industrial routers are carried out by sending data packets. Routers work as devices in the network layer, dividing the role of wide-area IP addresses. When creating a switch VLAN, a layer 3 route is created. This routing configuration sets the IP address to be the gateway, which is the industrial gateway, the gateway has most seen in Ethernet, which is degraded to what we call a router, it is distributing set IP addresses.
Gateways are classified into transmission gateways and application gateways. They are mainly used to translate IP addresses from one network to other networks.
The functions of routers are as follows: Connecting different networks and transmitting the information. According to the usage, it can be divided into access, enterprise, backbone, terabit, multi-WAN and 3G wireless, etc.
Gateway It can be a router, switch, or PC. To communicate on the same network segment, the gateway does not need to be involved. Only when hosts communicate with devices that are not on the same network segment, all data packets need to be sent to the gateway device for forwarding or routing.
The router is a network layer system, router in the current market is generally divided into two categories, one is a single protocol router, the other is a multi-protocol router. The router can convert data formats and become a necessary device for network interconnection between different protocols.
Recommend Products
Four-Faith Industrial Intelligent 5G Gateway F-G100